Any of you that know me or read this regularly know that I am IN LOVE with vegetables, and that I also like to grow my own, when the New England climate allows, and I may have mentioned before that I, along with my sister, have a plot in one of the local community gardens. Here in New London, there is FRESH, which has a pretty rockin community garden as well as several educational initiatives that do wonders with city students. They are very inspiring, and I know if they had been around when I was growing up, I would have joined in and gotten my hands dirty - but they have only been around since 2004.


Last year, a group of residents that live near and around Calkins Park in New London got together and started their own community garden. After much hard work and planning, they had 32 3x6 foot raised beds. Coincidentally, after moving to my new apartment this past fall, I found myself with no outdoor area that receives enough sunlight to grow vegetables, so I did a quick google search and found out who to contact about becoming part of this garden.

This year, they expanded with 30 more brand new beds. The founders of the garden have worked incredibly hard to get it where it is today - they got grants to cover the installation of water lines out to the garden, as well as a beautiful new fence to protect it from incoming soccer balls from the neighboring fields - and I feel so fortunate to be able to be a part of it. 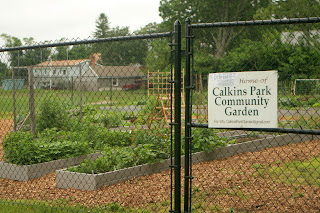 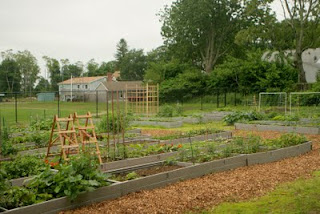 This is what some of the other gardeners are growing - peas, lettuces, and squash, just to name a few!

These are raspberry bushes that are for everyone in the garden - can't wait for them to mature!
Our sunflower fort :)
I made my first visit to the garden the day I signed up for my plot back in March - things were still brown and winter was just leaving us, but in my eyes, there was so much possibility: 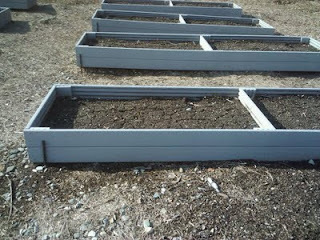 I mentioned it to my sister a few days later and she signed up for a plot too! So our plots are right next to each other and we decided to plant all of our veggies together. It's nice because we can teach Nadya, my seven-year-old niece about growing things and what being self-sustaining really means.
We decided to follow the square foot method of raised bed planting... I googled the heck out of it, and am trying my best.  With this method, you generally are able to grow more in a smaller space. Google it and you will find TONS of information. This is the first time I have planted things in the ground as opposed to in containers, so it is a whole new ball game for me. 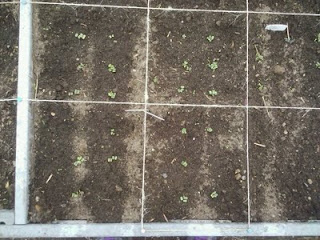 We planted summer squash and zucchini, cucumbers, peppers, tomatoes, eggplants, green beans, peas, lettuce, onions, carrots, and radishes. We planted seeds at first, but the tomatoes, peppers and eggplants didn't grow very well and we ended up getting seedlings from a local nursery. Here is our garden at the end of May: 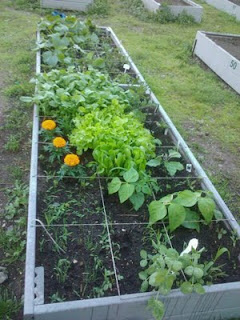 Now, it's mid June and the plants are getting BIG. The squash and zucchini plants are a bit out of control.... we actually had to pull some of them though, because they were taking over. We planted them from seed and weren't sure if they were really going to take... but did they ever! Now, I am attempting to train them to grow vertically instead of horizontally. 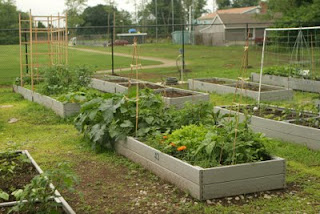 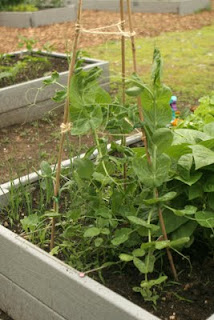 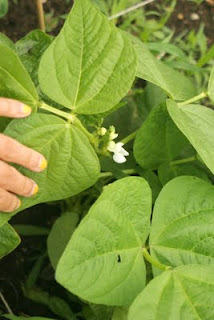 Eggplant (check out that flower ready to bloom!): 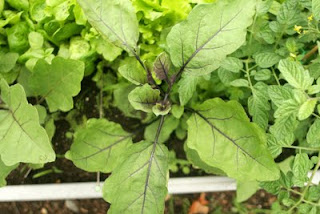 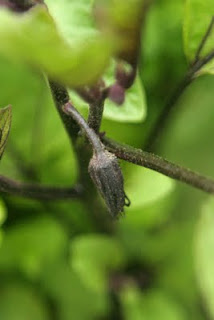 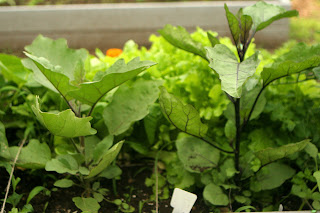 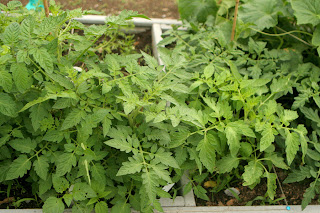 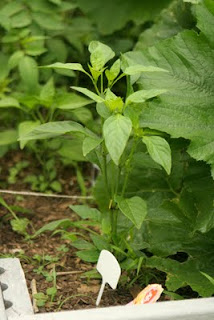 Our jungle of squash and zucchini: 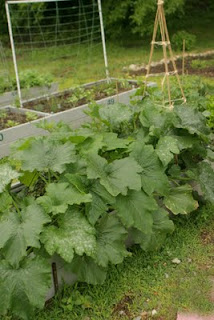 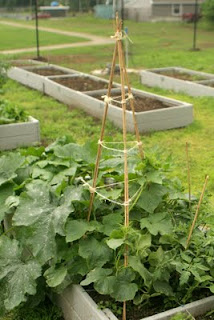 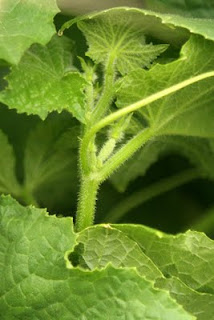 Carrots (radishes were planted with them, but have already been picked as they only take about 5-6 weeks to grow): 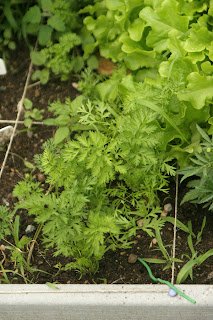 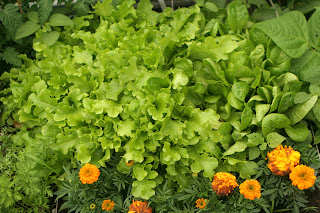