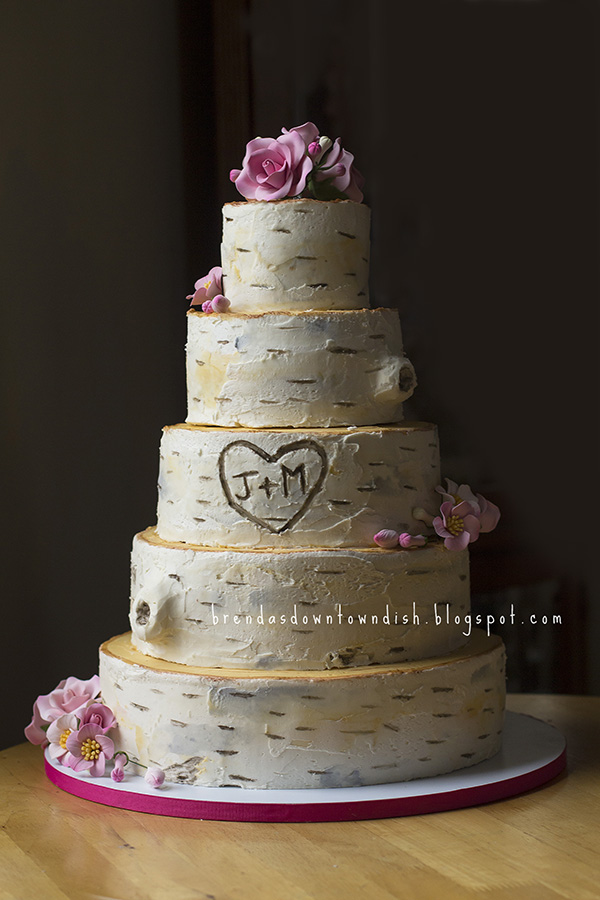 I had the honor of being the "Best Lady" in the wedding of my two very best friends this month. Jon and Melissa got married on their 12th anniversary, at the place they met - Uconn's Avery Point campus in nearby Groton, CT. It was an absolutely beautiful wedding, accented with gorgeous birch bark decor, and since I offered to make their wedding cake, I thought that it might be very cool to create a cake that matched!

If you remember correctly, the very first cake I featured on this blog (this "Jordan" cake) was for Jon, and now, 6 years later, I am much more experienced in cake making and decorating. I did a trial run with the decorating technique a couple months ago, because I wasn't sure if I would end up using fondant or just buttercream, and was so glad when I realized I could do it with just the icing.

Essentially, the way I approached this cake was to first ice each of the five tiers with a white crumb coat and allow them to chill, then add another coat of plain white icing and a thin coat of tan on the top flat part of each tier. After they chilled again, I added tiny amounts of light grey and tan smoothed on the sides sporadically to mimic the tonal variation on birch bark, then used the handle end of a small paintbrush to carve small fine lines into the sides of each tier. Once the lines were carved, I used a little icing color diluted in vodka (which dries quickly without getting sticky) to paint in the lines to complete the bark texture. I also painted a brown edge around the top of each tier to make it look like a more realistic piece of birch wood. 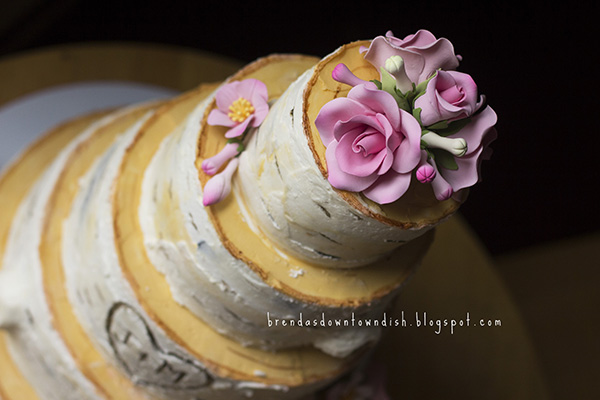 I finished the cake with a "J+M" inside of a heart "carved" into the third tier, and some beautiful light pink gumpaste rose sprays from Caljava Online. I had never used pre-made gumpaste flowers before, and was a little nervous about them possibly breaking during shipping from California, but they did a fantastic job packaging them in such a way that each bloom arrived in tact.

I had such a good time making this cake and I was so happy with the way it turned out. I don't often have the time to take on projects like this in addition to my photography schedule, so it was a really fun creative challenge for me - let me know what you think! 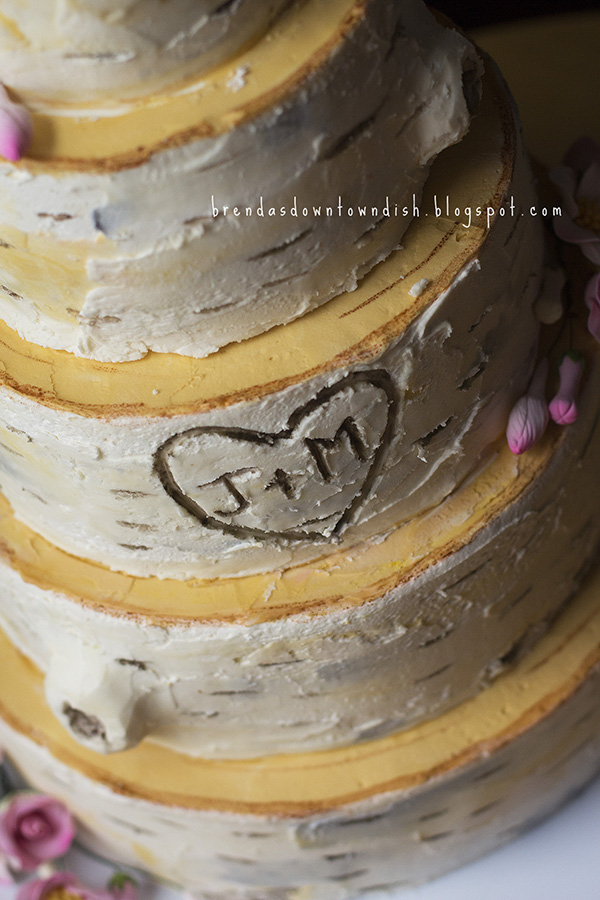